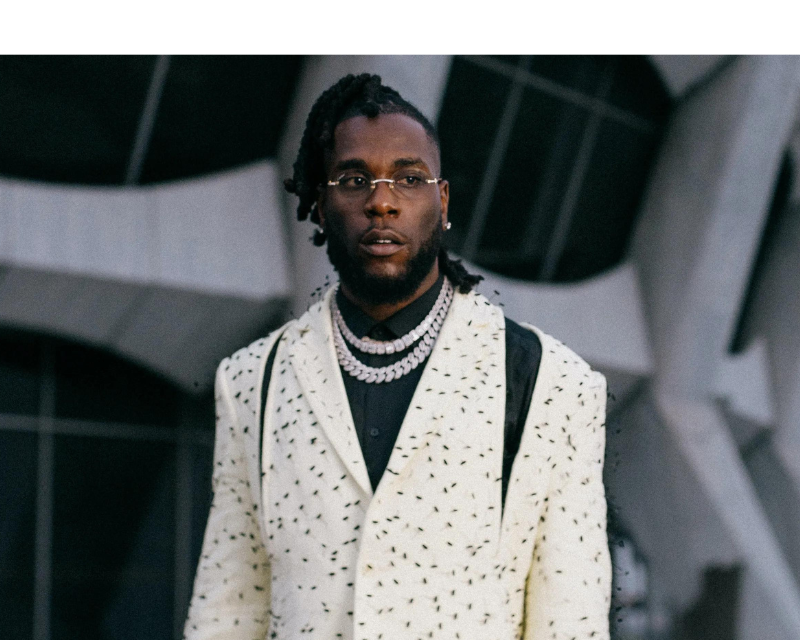 After an eyewitness on Twitter claimed that Steph Briella sought a selfie with Burna Boy prior to the shooting, the victim-whose husband was grazed with a bullet during the altercation-has demanded that Obi Cubana provide CCTV footage of the disputed day.

As previously reported, on June 8, 2022, in Club Cubana in Victoria Island, Lagos, Burna Boy’s police escorts are reported to have shot two fun-seekers, Irebami Lawrence and another man named Tolu.

Per reports, four of the police officers stayed on guard outside the venue, while the other entered the club with Burna Boy.

While the partying was in full swing, reports suggest that Burna saw another woman and made attempts to approach her. However, the musician was turned down by her spouse, who asked him to stay away from his wife.

This reportedly led to a confrontation between the man’s friends and Burna Boy’s entourage, which culminated in the alleged shooting of Lawrence and Tolu (a friend of the victim’s spouse). Burna is said to have fled the scene after realizing what had happened, while the police escorts were arrested and held by the authorities.

The alleged victim, the wife of Lawrence, who was involved in the incident finally broke silence on Sunday (June 19), taking to her Instagram page to recount the drama.

“We were visiting Nigeria from America and London for our childhood friend’s wedding. On the 8th of June 2022, @burnaboygram & his friends opened fire at us in @cubanalagos.

“My partner and his friend were shot, with both needing urgent medical care. A bullet grazed my partner’s head and our friend was shot in the thigh, leaving him hospitalised and needing an emergency surgery in Nigeria.”

She went on to state that, prior to Burna Boy’s arrival at the club, she and her friend’s were having such a great time.

“On that first attempt, I told him I wasn’t interested in talking to Burna Boy and I am married to my partner. He came again the second time and was met with the same response.

“He came the third time and that caused a few of our friends to flare up as they asked why he kept coming to disturb me. There were words back and forth and one of Burna Boy’s friends attacked one of our friends, and as they attacked him, the situation degenerated into a fight.”

She went on, “At this point, I couldn’t find my partner or my best friend. I was screaming for help after being lifted and thrown so hard on the floor by one of Burna’s friends and I hurt my left shoulder.”

“All our private police officers were not allowed into the club, so it was left to us to fight for our lives. One of our friends @theflowolf was trying to get Burna Boy to calm the situation but he only laughed at him and proceeded to get in his car whilst being protected by his security.

“The shootings happened twice at different times. His friends were also shooting at people trying to evacuate the club through the main entrance.

Briella recalled the shooting of her husband and friend, saying:

“They were out to kill and didn’t care who got hit. My partner’s head was bleeding profusely and his friend lost so much blood he needed a donor As soon as he got to the hospital. @burnaboygram left @cubanalagos without a scratch and flew out to Spain the next morning.

“@obi_cubana only reached out to us four days after the event claiming he had no idea and would do everything to get us justice for attempted murder.

“11 days later, there has been no CCTV footage released by the club OR even a statement to address the incident publicly. Business has carried on as usual for him.

“To sum things up, I’m traumatized. I’ve broken down every day since then. The random flashbacks and nightmares. Especially after seeing @burnaboygram’s response.

“The lack of remorse or accountability is beyond me. At least two people could’ve died that night.”

Briella also shared a screenshot on her IG Story, calling on Obi Cubana to share CCTV footage to prove that she asked the singer for a photo, in response to the tweet by the eyewitness who asserts that she approached Burna Boy for a selfie ahead of the altercation. The alleged eyewitness, King Kong, shared on Twitter that, “the guy’s so called wife went to snap with Burna Boy in his VVIP top corner and instead of him to wait till she returns, he went there violently to drag her out, then he was resisted for his confrontational approach by Burna’s security.”

The tweets went on to assert, “Immediately after things started escalating, Burna decided to leave with his people, but the same guys crying foul made advance to attack Burna, it was the that policemen attached to Burna, shot to disperse them, accidentally hitting two guys.

Immediately after things started escalating, Burna decided to leave with his people, but the same guys crying foul made advance to attack Burna, it was the that policemen attached to Burna, shot to disperse them, accidentally hitting two guys.

“Burna throughout was just trying to avoid the situation, he was even laughing (like what the fvck is this), but this guys wanted more from the whole issue, and made his kind gesture taking selfie with a perceived fan escalate so quickly.

Burna throughout was just trying to avoid the situation, he was even laughing (like what the fvck is this), but this guys wanted more from the whole issue, and made his kind gesture taking selfie with a perceived fan escalate so quickly

“The funny thing the media knows this, but decided to feed Nigerians with the story of Burna sending someone to call another person’s wife. Those that know Burna know he won’t stoop so low, when lot of single girls at the club were trying to take pics with him.”

The funny thing the media knows this, but decided to feed Nigerians with the story of Burna sending someone to call another person's wife. Those that know Burna know he won't stoop so low, when lot of single girls at the club were trying to take pics with him.

As of press, police have yet to share further updates on the incident, with reports claiming Burna Boy has yet to return to his home country of Nigeria following the shooting incident.

CHRISSY TEIGEN IS IN THE HOSPITAL FOR BLEEDING 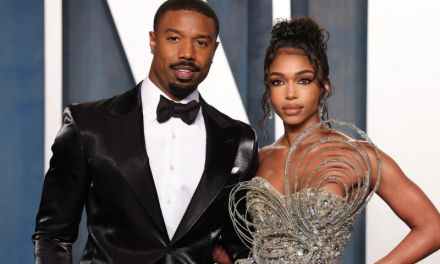 MICHAEL B. JORDAN AND LORI HARVEY HAVE REPORTEDLY SPLIT

P MONEY & HENRIE GO HEAD-TO-HEAD FOR THE FIRST EVER ‘LORD OF THE COURT’ NBA2K TOURNAMENT.