Britney Spears has lost her court bid to have her father removed as the conservator of her estate as a US court rejected her bid.

Due to concerns about her mental health, Jamie Spears has been his daughter’s legal guardian for 12 years. Per Britney’s lawyer’s statement, the pop star was “afraid” of him, and that she would not perform so long as he remained in the role, the reason why she wants her father out.

Jamie’s lawyer also argued that Jamie always acted in the best interests of his daughter.

Per the arguments present by both parties the judge dismissed the appeal for an outright dismissal. Instead, she said will consider future appeals for his dismissal or removal.

But in the meantime, the financial company Bessemer Trust has been appointed as co-conservator. 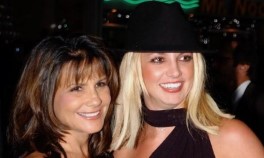