Shakka’s debut album, Road Trip To Venus, is out now, and unlike his previous EPs, the London-based talent delivers a 19-track record that will keep fans engaged for nearly an hour.

It is my genuine honour and privilege to announce the release of my debut album:

The project features the likes of GoldLink, Imani, and Tiana Major9 and sees the multi-hyphenate handle the majority of the production with assistance from Al Shux, Komenz, Jonah Christian, and Sandy Chila.

Shakka took to social media to announce the release of his debut album, thanking his fans, supporters, and everybody who helped make the project a reality.

In a series of tweets, he stated:

For us to able to overcome all of the obstacles, challenges, and fuckeries to get to this point. For our ability to say yes amidst the many people who told us no. Be it a label. A radio station. Whoever. We’re still here.

This album would not exist without each and you. I’ve both appreciate and love each one of you from the bottom of my heart. pic.twitter.com/YYk3gtuWxR

I wanna make sure that when I look back at the decade from 2010 up until now, that I can say I did everything in my power to rep the culture that I stand for. The culture my immigrant parents bestowed onto me.

To everybody who pre-ordered the album. To everybody currently saving the album on their favourite streaming platforms. To everybody calling their best friend, families, significant others, to tell them the good news.

Without you I don’t have a career. I love you all. pic.twitter.com/LMQgxpFXkD

Stream Shakka’s ‘Road Trip To Venus’ on Spotify below. 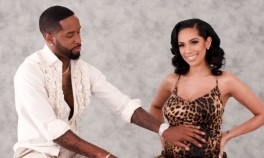 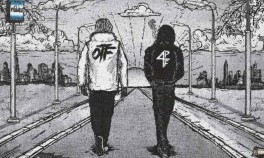