The UK rapper has been dropped by his record label Black Butter Records, following allegations of domestic abuse by his ex-girlfriend popularly known as Emo Baby.

Speaking to Guardian yesterday 12th of November, a spokesperson for the label confirmed this move saying: “We at Black Butter have taken the decision not to continue working with Octavian and we will not be releasing his album, We do not condone domestic abuse of any kind and we have suggested Octavian seeks professional help at this time.”

This news from Emo Baby comes just hours prior to Octavian’s debut album ‘ALPHA’ which has now been shelved amid accusations. As though that wasn’t bad enough news for the rapper,  his PR agencies Technique Publicity and Pattern Publicity have also decided to cut ties with Octavian.

Emo Baby took to social media to share posts where she accused Octavian of physical and emotional abuse during their three-year relationship. She claimed the rapper initially began abusing her when she got pregnant with his child and he was pressuring her to abort which she refused.

“[Octavian] kicked me in my stomach, burst my lip, attacked me with a hammer and threatened to kill me,” Emo Baby wrote. “I was shortly later asked to sign a [Nondisclosure Agreement] in attempt to ‘gag’ me for $20k, which I didn’t sign.” The couple finally separated in April where Emo Baby claims she had had enough of the abuse and went packing.

Explaining why Emo was only now speaking out publicly, she said, knowing Octavian was about to release an album to which young girls will be looking up to him, was something she didnt want and pointed out to several tracks and lyrics where the rapper refers to her and the abuse.

“He also has a new song on the album named ‘Rock Smiles,’ which is about two men attacking me and at the end of the he says that he … wants to kill me for telling everyone what he has done,” the woman wrote. “I felt I had to share all this and speak my truth before these songs are out.”

Emo also shared images of her injuries with a video where she is heard screaming “Get away from me. Get away. Octavian, stop.”

Police report below and my caption regarding Octavian, his gang and his team. Abusers cannot don’t without their enablers!!! pic.twitter.com/b4sBLblElF

With the video showing little to no physical abuse, the rapper has denied all allegations and is saying legal actions will be taken.

“People are bare thinking I’m an abuser, but just go and watch that video again,” he wrote. “Go and see if there’s any real physical abuse in the video. Been going out with this girl for three years, and then she posts one video showing nothing, and everyone thinks I’m an abuser, just because of her statement. Go watch the video again. This is my ex-girlfriend that I broke up with, remember that. I broke up with her a couple of times. Right now we’re gonna deal with it legally, gonna deal with it properly.”

octavian posted this to his IGTV and deleted it, and it’s so clear that he’s lying
plus he ignored all of the text message proof, the times when he admitted to doing it, and then decided to hype up his album at the end. mans really just proving her point pic.twitter.com/0fkua4vjCJ 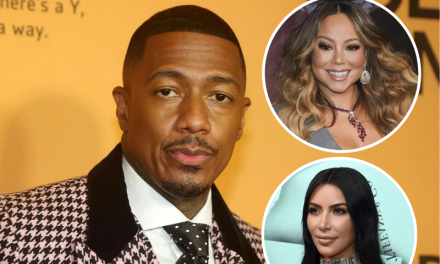 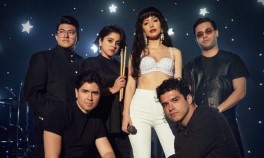 WRITERS OF NETFLIX SHOW ‘SELENA’ CLAIM THEY WERE OVERWORKED AND UNDERPAID