Billie Eilish began the year off with a bang with an impressive sweep during the 62nd Grammys and following that with a special documentary dubbed “Billie Eilish: The World’s A Little Blurry”.

Apple TV+ unveiled the official trailer for the new documentary film, “Billie Eilish: The World’s A Little Blurry” yesterday 15th Dec. The documentary film will be released in theatres by NEON and will premiere globally on Apple TV+ on February 26th, 2021.

The R.J. Cutler directed-documentary “Billie Eilish: The World’s A Little Blurry” depicts the true coming-of-age story of Billie Eilish and her impressive rise to fame. A press release described the documentary as a “deeply intimate look at this extraordinary teenager’s journey, at just 17 years old, navigating life on the road, on stage, and at home with her family, while writing, recording and releasing her debut album “WHEN WE ALL FALL ASLEEP, WHERE DO WE GO?”.

Enjoy the trailer below.

THE FCC RECEIVES COMPLAINTS ABOUT NORMANI, TEYANA TAYLOR, AND MADONNA FOR THEIR ACTS ON MTV VMAS

WILL UK UNDERGO A MONTH-LONG LOCKDOWN TO “SAVE CHRISTMAS”? 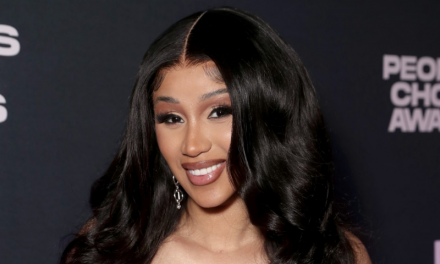