Set to hit newsstands on November 6th, the December issue of British Vogue covers Beyonce’s story. As she is seen on the cover of the magazine so stunning thanks to 21-year-old black photographer Kennedi Carter.

In her interview covered by the Editor In Chief of the publication Edward Enniful, Bey expressed herself on topics covering ownership, ‘Black Is King,’ Ivy Park, Family, future and more.

On Adidas X Ivy Park she said, “My vision for the collection is that it is fun, functional and fashionable, with athletic options that you can wear to the gym, then to the night club, from playing basketball to voguing at the balls. The goal is to be infinitely inclusive from style to size.”

With a successful project like ‘Black Is King’ Visual Album Bey shared how it started and became so successful she said, “It started out simple, in my backyard. I wanted to do one or two videos for The Gift album, then it just grew. Before we knew it, we were shooting in Nigeria, it took an incredible group of creatives from all around the world, and so many of us were of African descent, telling a part of our own family’s story and its hidden history. Black Is King was a huge production that employed a large number of brilliant artists who may not typically see themselves working on a Disney project. Until now!”

On her commitment to diversity and mission to uplift the overlooked, she made it clear that “Not everyone has the opportunity to be hired to work at Vogue or to direct a film or create a clothing line, and that is attributed to the lack of diversity in the room. I’ve been focused on changing the mentality with my projects. I’ve invested 100 per cent of my earnings into making sure we had the best people and production on the film because I know that the level of quality any production needs can be found in a diverse crew. You and I know it exists. I am hoping this film will show that we all have to make a conscious decision to look into untapped talent in multiple and diverse communities.”

This is what she had to say on being a perfectionist, “My process is tedious. I review every second of footage several times and know it backwards and forwards. I find every ounce of magic and then I deconstruct it. I keep building more layers and repeat this editing process for months. I won’t let up until it’s undeniably reached its full potential. I believe my strength is understanding how storytelling, music, lighting, angles, fashion, art direction, history, dance and editing work together. They are all equally important.”

She shared how she celebrate Blackness through her output by saying, “Something cracked open inside of me right after giving birth to my first daughter. From that point on, I truly understood my power, and motherhood has been my biggest inspiration. It became my mission to make sure she lived in a world where she feels truly seen and valued. I was also deeply inspired by my trip to South Africa with my family. And, after having my son, Sir Carter, I felt it was important to uplift and praise our boys and to assure that they grow up with enough films, children’s books and music that promote emotional intelligence, self-value and our rich history. That’s why the film is dedicated to him.”

With the pandemic being a global challenge, it has changed a lot of things in our lives and Bey shares hers, “Absolutely changed. It would be difficult to experience life in a pandemic and the current social unrest and not be changed. I have learnt that my voice is clearer when I am still. I truly cherish this time with my family, and my new goal is to slow down and shed stressful things from my life. I came into the music industry at 15 years old and grew up with the world watching and I have put out projects non-stop. I released Lemonade during the Formation World Tour, gave birth to twins, performed at Coachella, directed Homecoming, went on another world tour with Jay, then Black Is King, all back to back. It’s been heavy and hectic. I’ve spent a lot of time focusing on building my legacy and representing my culture the best way I know-how. Now, I’ve decided to give myself permission to focus on my joy.”

During these challenging times, there has been a lot of impacts and Beyonce shares how these months have impacted her as a parent. She said, “I have become a better listener. Blue is very smart, and she is aware that there is a shift, but it is my job as a parent to do my best to keep her world as positive and safe as can be for an eight-year-old. My best advice is to love them harder than ever. I let my daughter know that she is never too young to contribute to changing the world. I never underestimate her thoughts and feelings, and I check in with her to understand how this is affecting her. She saw some of the reactions to the ‘Brown Skin Girl’ video, as well as some of the videos from the philanthropic work I’ve done this year. When I tell her I’m proud of her, she tells me that she’s proud of me and that I’m doing a good job. It’s teeeeeew much sweetness. She melts my heart. I believe the best way to teach them is to be an example.”

She expressed how important ownership is to her saying, “Owning my films, clothing lines, and masters are important to me. Your songs, your image and the way you conduct business do not have to be created from a commercial point of view, or a male point of view. You can decide what success looks like for yourself. Being number one does not mean better quality. And commercial success certainly doesn’t equate to being impactful. Cultural currency is invaluable.” 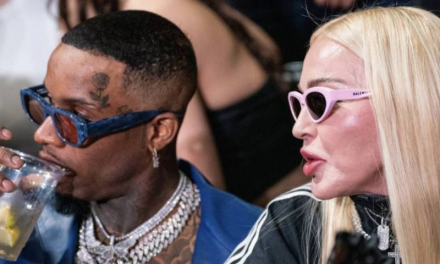 MADONNA AND TORY LANEZ SPARK DATING RUMOURS AFTER THE TWO ARE SPOTTED RINGSIDE DURING DAVIS VS. ROMERO’S FIGHT 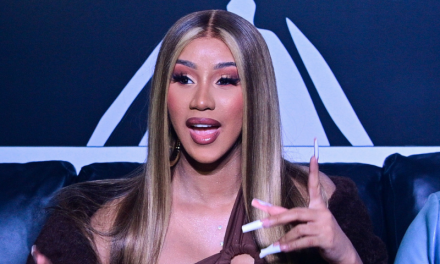