Premiering on BBC iPlayer at 7 pm October 22nd, the second season will be hosted by DJ Target, Krept, and Konan.

The competition will have six unsigned rappers head to Birmingham for a masterclass in rap. As before, the contestants will move into a luxury penthouse together and will be involved in several challenges that are meant to provide them with the necessary skills required to make it in the music industry.

The six rappers will be graciously mentored by a number of select major artists including Younger, D Double E, Aitch, Ms Banks, Rapman, Wretch 32, Young T & Bugsey, Jme, Deno. After the competition ends, the winner will be selected by DJ Target, Krept, and Konan, and will be offered a single record deal with Krept & Konan’s label, Play Dirty Records.

Don’t miss out on The Rap Game UK when it premieres on BBC iPlayer at 7 pm on Thursday, October 22nd. 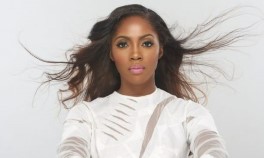