For the first time in the Warner Bros film, Aml Ameen will be directing a UK based Christmas romantic comedy. The actor who has to his credit ‘I May Destroy You,’ ‘Kidulthood’ and ‘Yardie’ will also be starring in the movie.

Joining him is Leigh-Anne Pinnock which would be her movie debut and ‘How To Get Away With Murder’ actress Aja Naomi King. Marianne Jean-Baptiste, a Golden Globe and BAFTA winner, will also feature.

Inspired by the diary of Ameen’s life, ‘Boxing Day’ serves as the UK’s first-holiday film featuring an all-black cast. The movie follows Melvin, a British author living in America who returns home to London for Christmas to introduce his American fiancée Lisa to his British-Caribbean family. Their relationship is tested when she realizes the world her fiancé has left behind.

In a statement about the film, Ameen said,

“It is such an honour to be teaming up with Warner Bros. Pictures, Film4 and BFI to bring Black British Culture to the world in this universal holiday rom-com. It’s long been a dream of mine to capture films that reflect the wonderfully multicultural city that raised me while sharing stories from the diary of my life.”

Hope you are prepared for a UK rom-com? 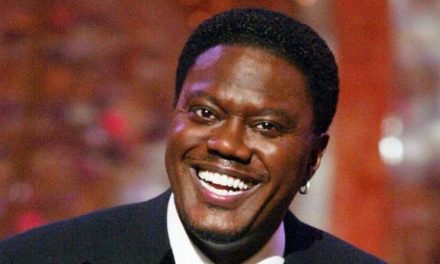 BERNIE MAC BIOPIC IS REPORTEDLY IN THE WORKS