The highly-anticipated DC Comics movie ‘Black Adam’, which has The Rock being cast for the lead role just got an exciting addition with Aldis Hodge playing the ‘Hawkman’.

A report said: “[Hodge has been cast to] play the role of Hawkman opposite Dwayne “The Rock” Johnson in “Black Adam”…

Hawkman is the name of several DC Comics heroes, but the best-known versions are the original incarnation created by Gardner Fox and Dennis Neville in 1940, and a rebooted version created by Gardner Fox and Joe Kubert in 1961, and later revamped by Timothy Truman. The 1940 character was the alter-ego of archaeologist Carter Hall, who discovers he’s the reincarnation of an ancient Egyptian prince cursed and murdered by an evil priest.

The 1961 version reimagined him as Katar Hol, an alien from the planet Thanagar whose costume is the uniform worn by his world’s police force, the “Wingmen.”

At writing, no confirmed date has been announced for the release but stay tuned to YEEEAAH! Network for further information as it arrives about the movie. 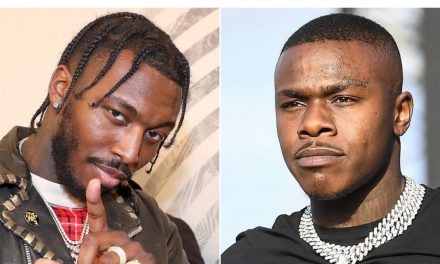