What a year Megan has had, from collaborations with Beyonce, Cardi B, and more to being shot in the foot. It is undeniable the ‘Savage’ rapper has endured a lot and certainly come out blazing hot.

GQ magazine named Megan as their Rapper Of The Year, as she covers the latest issue of the publication.

Megan shares a whole range of personal and professional topics in the latest issue, whilst addressing some delicate topics too.

An excerpt on the Tory Lanez shooting incident says: Megan often tells herself, “Always trust your first mind”—her way of saying, “Listen to your gut.” That night, her first mind told her to get out of the car and find another way home. She tried exiting the vehicle to call for a different ride. But her phone died, it was late, she was in a bikini, and everyone was telling her to just get back in, so she did, even though there was an argument brewing.

Megan doesn’t want to get into the specifics of the dispute—who started it, what it was about—but ultimately it doesn’t matter. As has been reported, when she tried to get out of the car again and walk away, according to Megan, Lanez started shooting at her feet, wounding her. She tells me the rest with disbelief still in her voice. “Like, I never put my hands on nobody,” she says. “I barely even said anything to the man who shot me when I was walking away. We were literally like five minutes away from the house.”

After he shot, she says, Lanez begged her not to say anything. She says he offered Megan and her friend money to stay quiet. “[At this point] I’m really scared,” Megan says, “because this is like right in the middle of all the protesting. Police are just killing everybody for no reason, and I’m thinking, ‘I can’t believe you even think I want to take some money. Like, you just shot me.’ ”

Excerpt On The Aftermath reads:

“Like damn,” she says, “I have to be tough through all this? All the time? It was like, who really checks on us or who protected us? You just go your whole life with that mentality. And then when something actually happens to you, when you properly should have protected yourself, your first instinct was not to protect yourself, it was protecting other people.… So it was like, ‘What do I do?’ ‘What do I say?’ Like, ‘Is anybody going to believe what I’m saying?’ ”

Megan falls silent, giving herself another moment. She starts again carefully. “It was weird,” she says. “I saw something that said, ‘Check on your strong friends.’ And, like, a lot of people, they don’t do that because they think, Oh, this person is just so strong, so I know they got their stuff together.… I feel like I have to be strong for everybody, and I don’t want my friends or anybody around me to feel like it’s a pressure on me, ’cause I feel like they all start freaking out.”

She says she reached out to her friends and asked, “Why didn’t you call me?” And it helped. “Now they’re like calling me every five minutes,” she says with a laugh and a faux-petulant eye roll that lifts us out of the dark moment and into a lighter one.

Speaking about the collaboration with Beyonce, Megan said: “She’s so calm. She would just be like, ‘Megan, live your life.’ Then Jay-Z will call me and be like, ‘Hey, listen, you know, you supposed to be turning up right now. You really need to be somewhere driving a boat. Live your life. Just f*ck that.’ ”

The ‘WAP’ rapper addressed the sexual nature of her lyrics, saying:

“I know this about me. This is my pleasure, this is my vagina; I know this vagina bomb. Sometimes you just got to remind people that you’re magical and everything about you down to your vagina and to your toes is magical.

I feel like a lot of men just get scared when they see women teaching other women to own sex for themselves. Sex is something that it should be good on both ends, but a lot of times it feels like it’s something that men use as a weapon or like a threat. I feel like men think that they own sex, and I feel like it scares them when women own sex.”

Megan also spoke to her Late Mom’s impact in her music: “I always just said, ‘I’m going to call my mama. She’ll know what to do.’ Now I can’t just call my mama, but I’m always thinking, ‘Okay, what would she do?’ and sometimes I don’t know, sometimes I do be bumping my head. I’m only in my 20s! But she’s there.”

To conclude, Megan spoke on her musical mission: “I want Black women to be louder. I want us to be sassier. I want us to demand more, be more outspoken, keep speaking and just keep demanding what you deserve. Don’t change—just get better. Grow from these situations. Don’t be beating yourself up about these situations, because that’d be a lot of problems too.

I feel we keep this stuff in and there’s some kind of way we flip it on ourselves. We didn’t f*ck up—We didn’t do something wrong, and it’s like, ‘No, girl, relax. You just needed somebody to come stir the Kool-Aid.’ ” 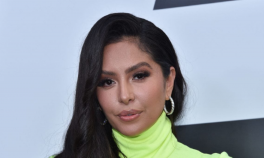 GLASTONBURY 2021 HAS BEEN CANCELLED DUE TO PANDEMIC