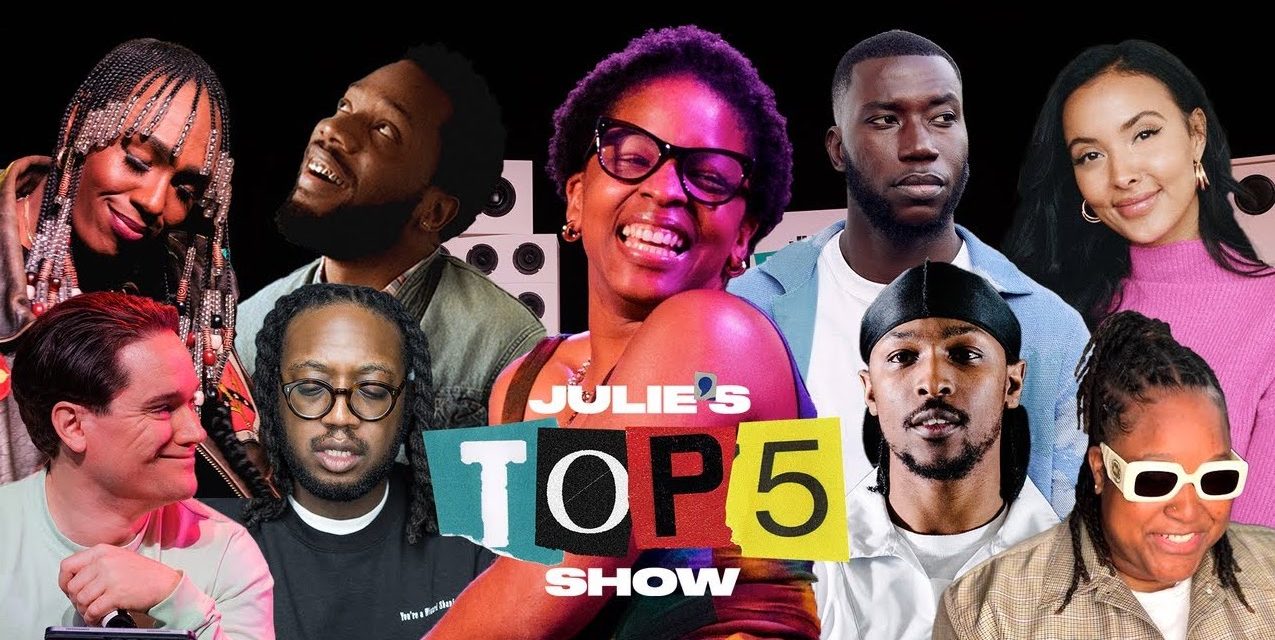 If you are an avid music lover who loves debates, music and banter about the worlds biggest artists and their catalogue, then season 6 of ‘Julie’s Top 5′ is for you. The show engages thousands of people on youtube with discussions rating their top five songs from some of you favourites music artists of all time you can’t help but want to get involved. So season 6 is here now and so if you’re not already watching and under a rock somewhere, here is why you should watch Julie’s Top 5!

Julie Adenuga turned her hosting talents to creating another online show after quitting Apple’s Beats 1. She saw herself as the underdog and the middle child. She wanted to provide a safe space for discussing music which led to the creation of Julie’s Top 5. The show has been well received in its six years of airing.

Julie Adenuga is accompanied by two more guests who are recognized in their field of work. The three judges debate and discuss beats from a specific artist or group. Their aim is narrow the best choices to the top 5 tracks from their portfolio. The idea for the show came to Julie after arguing about the best song with her previous lover.

THE MUSIC AND NOSTALGIA

Julie’s Top 5 carries the Verzuz effect for us in UK. Verzuz as we know was mainly derived from the producers of Swizz Beats and Timbaland and launched in lockdown, basically gets us talking. bidding which artists is better or which song is better. Julie brought to life what we already do and made it much more interesting.  The effect is described as a severe increase in music lovers listening to existing, recognized talent while confined to their homes.

Fortunately, Julie’s Top 5 by Julie Adenuga is already ahead of its time in terms of music entertainment. The inclusivity appeals to show lovers interested in seeing what the creators do next.

One of the most unique attributes of Julie’s Top 5 is the debates. It is promoted as a discussion which is led by the panelists but this season includes the audience. After the show’s third year, Julie Adenuga introduced the show to a podcast to discuss the events in an informal setting.

Some of the prominent guests on the platform include international artists and celebrities such as Maya Jama, DJ Logan Sama, Remi Burgz, Harry Pinero, and her brother and grime artist JME.  Music lovers listen to their favourite artists debate about which tunes provoke emotions and movement. It is a lively discussion which involves the fans and the artist too.

Julie Adenuga is proud of creating Julie’s Top 5 as it speaks to her ethics, which mostly contradict the internet culture. Moreover, she also involves the viewers to discover their values and how it impacts their lives.

She based the show with the keywords “innovation, liberation, creative concepts, and integrity.” Julie Adenuga emphasizes we must trust our morals rather than trusting the internet. The show creator believes we are too consumed with the internet, taking us away from reality. Her views are live on Julie’s channel, “Don’t Trust the Internet, ” with hundreds of subscribers.

Last but not the least, Julie’s Top 5 is a stage for the British black culture to flourish. Julie Adenuga is a producer and radio host whose identity is her culture. She breaks the ceiling with her modern approach to music and involves the audience in the final decision. Even though some may find the loudness in her voice annoying, she hones it by referring to it as her “Nigerian” heritage.

Julie Adenuga is also voicing our opinion on her social media platforms, especially Twitter. The engaging platform is constantly buzzing with 200,000 followers. She does not take the medium seriously with her school playground, light-hearted approach.

YOU CAN NOW SEARCH FOR SONGS BY HUMMING A NEW FEATURE

TARAJI P. HENSON CONFIRMS HER ENGAGEMENT IS OFF 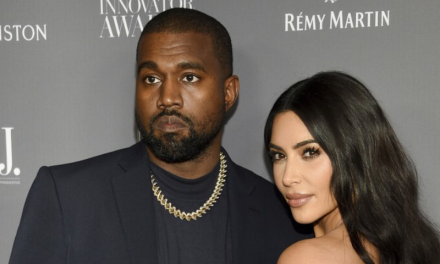