EXCLUSIVE: 5 PAIRS OF COLLABS WE’D LOVE TO SEE DO AN ALBUM

Collaborations are one of the best things to happen in the music industry. When it is American exports, you know you are in for an awesome experience, because these collaborations are simply stunning.

More and more artists are doing duo albums from Bow Wow and Omarion, Jay Z and Kanye, Drake and Future, and of course, Bruno Mars and Anderson.Paak with Silk Sonic.

While American fans normally pair their favourite artists all the time and pray for collaboration, most artists have also expressed their wish to work with other musicians, which is even more exhilarating because the likelihood of it happening becomes greater.

There’s no doubt that it’s always thrilling when two of your favourite artists come together to jump on one track. It is a wonderful chance for fans of one artist to explore the other and for both artists to learn from each other. What’s not to love?

But what about UK artists and the ones who have a heavy UK fan base before the world really latched on? That’s why we’ve put together a few collaborations that we would love to see and why we would like to see them. If there is anyone out there reading this that could help us make these happen, then feel free to let us know—we are ready for such artists to collaborate together.

Stefflon Don recently dropped her feature Ms Banks for her new single ‘Dip,’ and the visuals and music caught fire straight away. The single racked up over one million plays on YouTube in 24hrs, showing that this union wasn’t expected but refreshing. Two of UK rap’s top-tier artists have joined forces for a monumental number that has already racked up 7-figure streams and has its sights on chart domination.

Dancehall and rap artist Stefflon Don has a massive international reach in several markets and her ability to switch between grime-style verses, dancehall patois, even to Yoruba, Stefflon Don is able to appeal to large diverse audiences. Stefflon Don serves honeyed vocals with confidence and ease.

Ms Banks, a South London native is able to churn out commercial hits as well as serve a street edge that makes her versatile. Her catalogue that includes ‘Snack’ and ‘Novikov’ and her daring performances as the MOBOs, shows that she is on the pulse with the UK music scene and able to capture people’s attention. Even though it might be just one collaboration we’ll see from them for this year, it’s clear that seeing a seasoned female duo or group is what is needed in the scene to drum up something exciting. These young artists have already accomplished so much and are set to do many amazing things together and individually. How amazing would it be if these two artists with the same heritage collaborate for a duo album?

Wizkid and Burna Boy are just two artists who have collaborated not just once but many times! They’ve connected on Wizkid’s ‘Ginger’ last January 2021. Some of their other collaborations include ‘Sugar,’ ‘Single,’ and ‘Jah’s Love Is True.’

Wizkid is one of the biggest R&B crossover acts of Nigeria, having worked with Justin Bieber, Chris Brown, Skepta, among others. He first discovered regional success in 2011 with the famous massive single, ‘Holla at Your Boy, which appeared on his debut album. Burna Boy, meanwhile, emerged in the early part of the 2010s as one of the fastest-rising stars in Nigeria with his fusion of pop, Afrobeat, reggae, and dancehall and have collaborated with the likes of Cold Play and Stormzy and his fifth album by the living legend, Diddy.

For two artists who have worked so hard to reach mainstream success, it would be a no brainer that the most notable faces for the afro music genre cash in and make it happen. If it will, let’s see. This October, the two artists will be a headline in the Afrobeat and dancehall music festival, Lost in Riddim in Sacramento, California.

Jorja Smith and Shaybo look like the unexpected pairing, but from seeing them first on Jorja Smith’s ‘Bussdown’ it was easy to hear how they sounded as individuals on the record. Jorja offers a smooth, laid-back sound in the song against the simple beat and bassline. Shaybo then adds her unique tone and flavour.

Jorja grew up listening to punk, reggae, R&B, and hip-hop and wrote her first-ever song at the age of 11.  In just a 3-year span, she appeared on the UK indie chart with her moody, MOBO-nominated debut single, ‘Blue Lights.’

Coming from South London, Shaybo was originally born in Nigeria. She is best sought for her raps that often pay tribute to her Nigerian roots. Among some of her popular singles are ‘Anger’ and ‘Dobale.’

Just visualize the power these two artists can create with Jorja’s soulful voice and Shaybo’s eccentric rapping skills. There’s always magic when rappers join with singers, they help the other to create a world to get that message across. Imagine how dynamic and full of surprises an album from these two would be.

From the raw beginnings of grime to fighting with the mainstream and re-emerging triumphant, the exhilarating careers of Skepta and Giggs, their track records have made them two of the music living legends in the UK. Skepta’s second album Microphone Champion dropped in 2009, and his song ‘Look Out’ with Giggs is no doubt an excellent highlight. Showing strong glimpses that Skepta and Giggs have organic chemistry and can serve up an era that would be great for the culture.

One of only a handful of artists who have made the US-centric hip-hop industry pay attention to the UK’s homegrown talent, Giggs is a prolific recording artist, live performer, and an all-around cultural icon. It would be amazing if he will make a duo album with Skepta, who started out in 2003 as a DJ in Meridian Crew and produced grime instruments, which helped him rose to fame as an MC to become the king of the genre.

A collaboration of Skepta with Giggs—who both has established themselves as kings of road rap whilst maintaining their own style—the track proved that both artists could reach audiences that are beyond the realm of grime.

Now, given the history of beef that looks like it would never happen, the hard work into the studio and the tour would be a major win on the culture. Now to this day, we don’t know when the beef started or why. We know that Chip has had some clashes with other rappers over the years. One of them being Bugzy Malone. However, Chip and Bugzy seem to have put those problems to the side and even came out with the song “Notorious” for Bugzy’s album. So if they can settle beef and make music, I think Stormzy and Chip can do the same, no?

Shots were first fired when Stormzy called out the rapper in his verse on ‘I Dunno’ by Tion Wayne. Later, Chip responded indirectly in the track ‘Waze’ with Skepta. Also, Stormzy called himself the ‘King of Grime’ in his Wiley diss song, something that surely did not go down well, Chip. That’s where the whole drama leads to more series of drama.

Now, Chip fired off at his rival after Stormzy released a verse on Dave’s song ‘Clash,’ dissing him and in a few hours Chip dropped his diss track and social media was in a frenzy. The beef has been brewing for years now. But hopefully, they can make up soon and drop some magic albums and a tour to match. The culture needs these two men who are both amazing lyricists and fierce battles rappers, both achieving mainstream success. It would be an album and tour that the world would come out see and I predict would be one of the highest-selling hip-hop albums in the UK. They could also take us through bare listening parties like Kanye cause we’d be gagging for the album by then. Think about it guys!

There you have it! Above are just some of the few artists we would like to see work on a duo album as soon as possible! All poised to be monumental moments. Which of these collaborations would you love and be excited to witness soon? Let us know your thoughts in the comments down below! 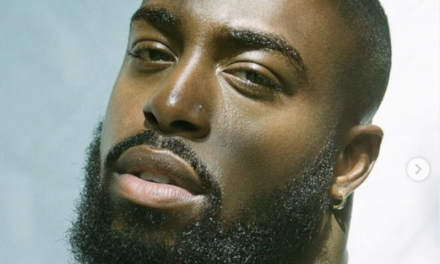 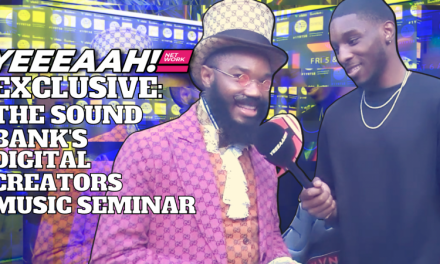 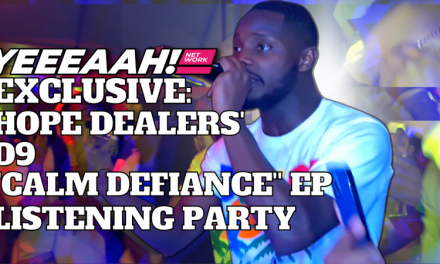